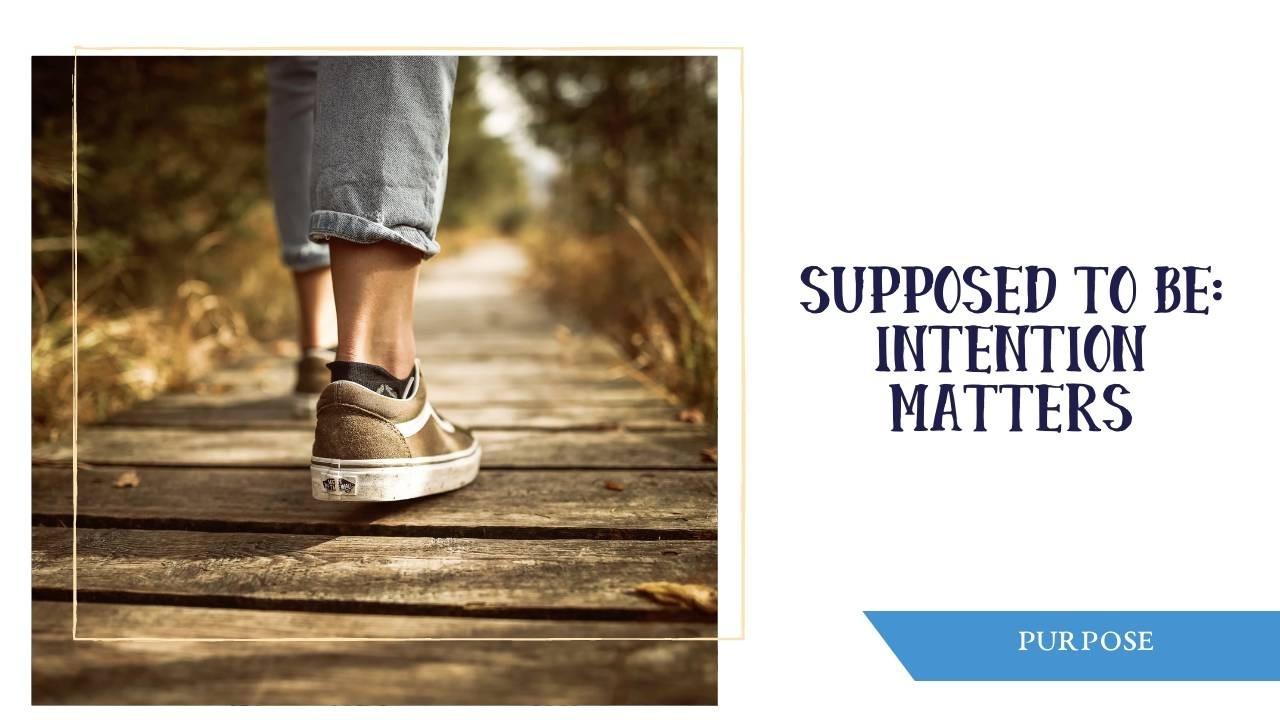 Supposed to be: Intention matters

This isn’t how it’s supposed to be. We’ve all uttered those words at some point, but for a while they basically became my mantra. This morning I read through some old posts and journal entries from the days (ahem, months) following Joey’s Down syndrome diagnosis, when I struggled to accept our new reality. I was shocked at how often this phrase appeared.

In one particular post, I was overwhelmed with the enormity of life as a special needs parent–the paperwork, the goal setting for what seemed to be simple tasks, the weight of explaining our family dynamics over and over. I lamented, “I woke up with a familiar grumbling in my head: this isn’t how it’s supposed to be… Over the next few days I’m going to be spending time with some people who are likely to have a lot of questions about Joey and Down syndrome, and I am very happy to answer them and so glad that they care. But I wish I weren’t the one answering those questions. This isn’t how it’s supposed to be. On Thursday I’m going to another conference about Down syndrome and development and how to help my child learn. I didn’t have to work this darn hard at helping my other kids learn to sit, crawl, play, and talk. This isn’t how it’s supposed to be.“

I remember that girl, the one who couldn’t quite adjust to her surroundings, who kept waiting for life to go back to normal. I wish I could give her a big hug and tell her that it does get better. We’ve come a long way. We march to the beat of our own drum–and love it. We embrace and celebrate this journey we never expected.

In our social media society, it is easy to fall into the 'supposed to be' trap.CLICK TO TWEET

When the wheels fall off

Every time that phrase creeps into my head, I think of Joseph, the Old Testament son of Jacob. His father’s favorite son, God gave him dreams that his family would one day bow down to him. Instead of the glory he probably expected, Joseph soon found himself thrown into a pit by his own brothers, the result of their jealousy. They sold him to traveling gypsies, who took him to Egypt as a slave.

In the following years he was not just a slave, but charged falsely with attempted rape, imprisoned, and forgotten by men who swore to help him. I imagine he spent more than one day thinking, “This isn’t how it was supposed to be!” How did his everyday, ordinary life take such a drastic turn? What about his hopes, his plans, his (literal and figurative) dreams?

Years later, Joseph was released from prison and secured a position as second in command–only Pharaoh was greater! (I am giving such a brief synopsis of this phenomenal story. Please take the time to read all about Joseph in Genesis 37-50.) A famine tore through the land, and Joseph’s brothers came pleading for food, not knowing they were asking the same man they sold into slavery over two decades earlier. Finally, Joseph had the power and the right to revenge! After all, it was their fault he didn’t get the life he was supposed to, the life that looked like everyone else’s, right?

But Joseph didn’t exact his wrath on these men and their families. Instead, he told them, “And now do not be distressed or angry with yourselves because you sold me here, for God sent me before you to preserve life… God sent me before you to preserve for you a remnant on earth, and to keep alive for you many survivors. So it was not you who sent me here, but God.” (Genesis 45:5, 7-8a ESV) And later he reminds them, “As for you, you meant evil against me, but God meant it for good, to bring it about that many people should be kept alive, as they are today.” (Genesis 50:20 ESV, emphasis added) God didn’t simply use it for good, He didn’t merely find a way to make lemonade out of lemons. God meant it–intended it–for good from the beginning. Joseph’s life went exactly the way it was supposed to all along.

I’m not sure if it’s our current culture or human nature, but when things don’t go the way we want them to–the way we think they ought to–we look for someone to blame. We want someone to be at fault. And sure, sometimes our realities are the result of wrong done to us, as in Joseph’s case. Sometimes we make mistakes or bad choices and have to deal with the consequences. And sometimes, hard things just happen and there’s no one to blame. But no matter what happens or where you are, God intends it for good. He is not up in heaven wondering, “Well, now what? How do I turn this into something useful?” He’s got this, and He’s got you right where you are supposed to be.

God's got this, and He's got you right where you are supposed to be.CLICK TO TWEET

This post is the first in a two-part series. Join us next week as we talk more about what life is “supposed to be.” 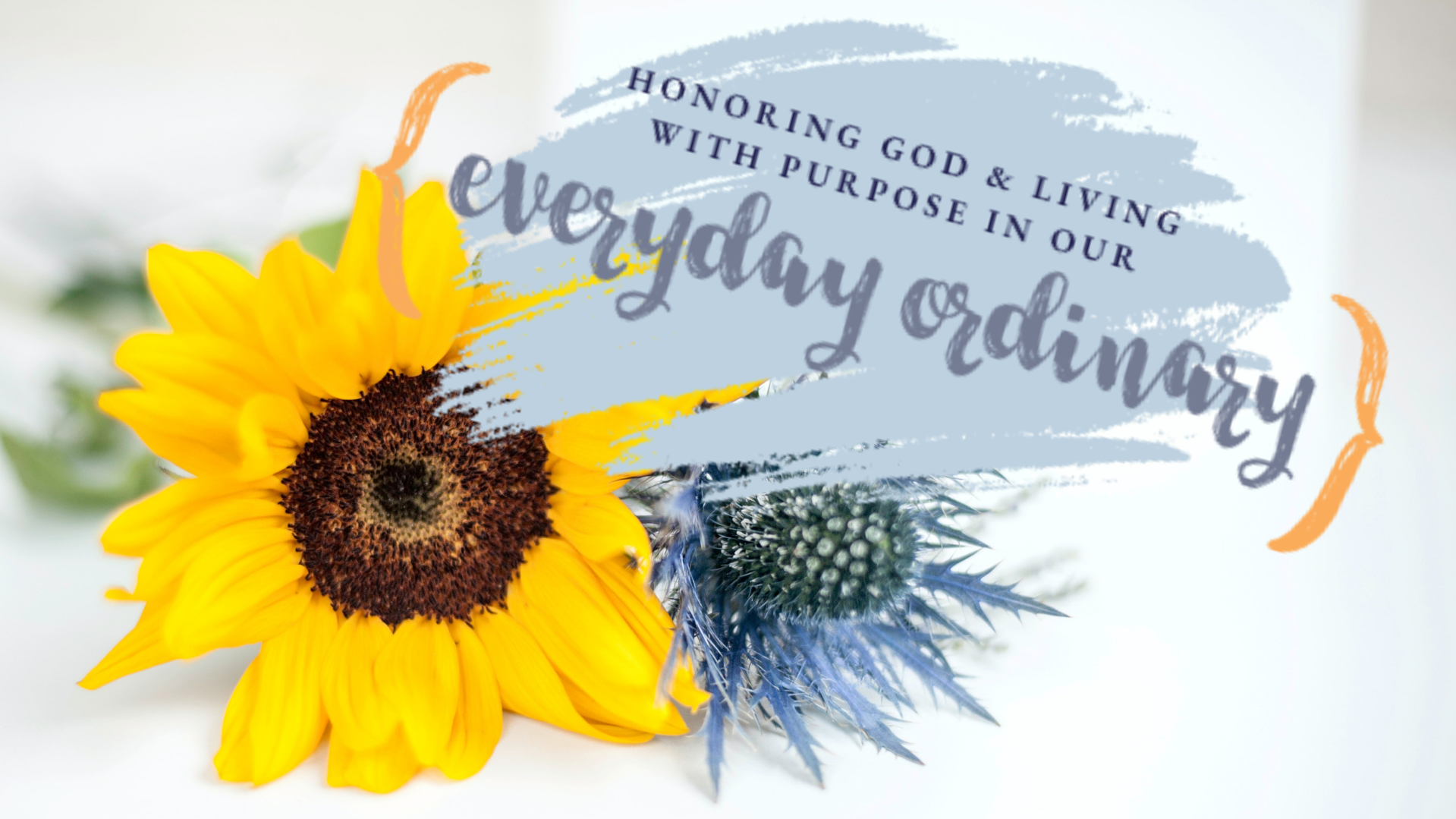